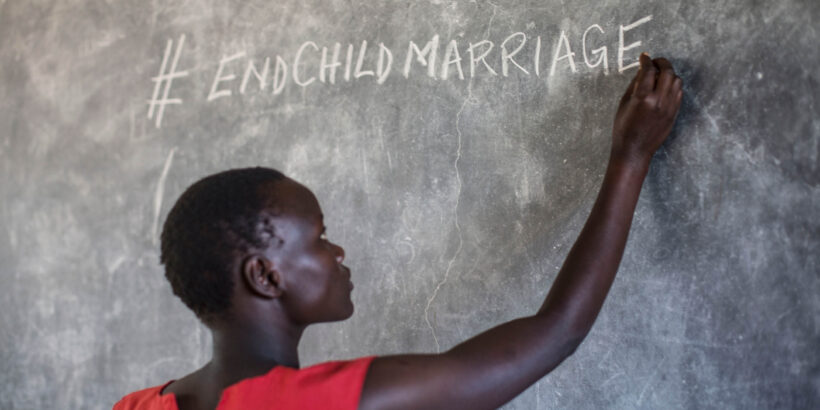 Day 2 of Zonta’s 16 Days of Activism. Zonta International has done advocacy and service in preventing child marriage around the world since 2014. Child marriage, defined as a marriage between a child under the age of 18 and an adult or another child, is a global problem and is a far more common practice than many believe. While the prevalence of child marriage has decreased worldwide – from one in four girls married a decade ago to approximately one in five today – the practice remains widespread, including here in the United States.
Since there is no federal law regarding child marriage, states are free to establish their own requirements. Child marriage remains legal in 45 states. More than half of the states permit child marriage with either parental or judicial consent. Other states have religious or pregnancy exceptions, permitting the practice to continue. Only five states–Delaware, New Jersey, Pennsylvania, Minnesota and New York— have banned child marriage outright.
Child marriage is a gendered practice with grave social, financial, physical, and psychological consequences. The United States State Department has called marriage before 18 a “humans rights abuse” that “produces devastating repercussions for a girl’s life, effectively ending her childhood.” In order to protect children and secure their futures, the practice of child marriage must be outlawed. The Zonta Club of Concord is committed to ending marriage under the age of 18 with no exception.
https://zonta.org/Web/Programs/ISP/Ending_Child_Marriage